Robert Hickey has appeared on a number of television and radio programs.
Below are links to some of these.

Robert Hickey on a panel at
PRSA Los Angeles Chapter
The Art of Protocol
See 4:20 minutes to 5:30 minutes

View All ‘How To Address’ Posts 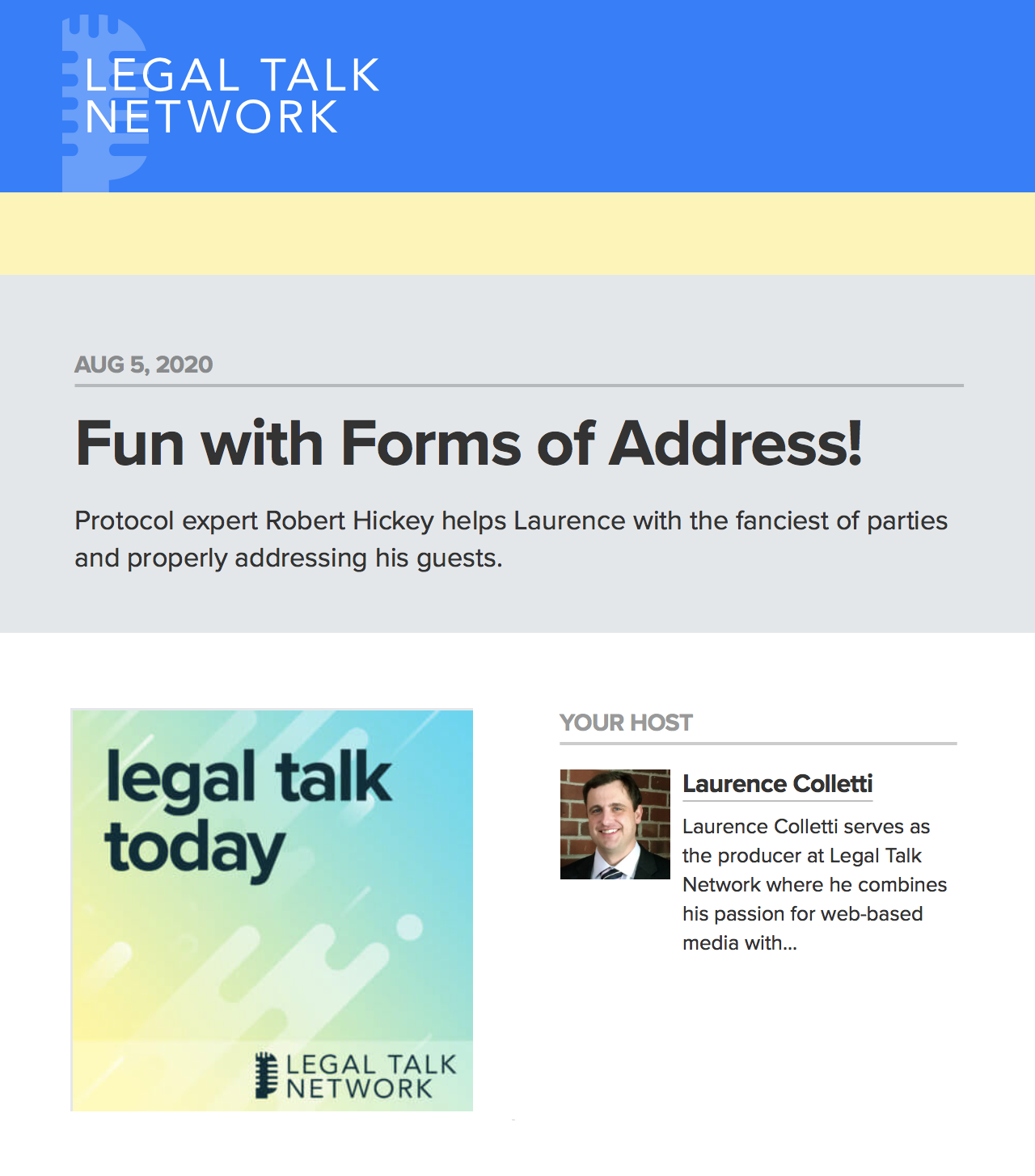 Robert Hickey with Laurence Colletti on Legal Talk Network. August 2020.
Fun with Forms of Address!
Protocol expert Robert Hickey helps Laurence with the fanciest of parties and properly addressing his guests.
Laurence wants to invite Beyonce, the Commodore of the Yacht Club, and the Duke of Earl to attend his fancy party but does not know how. Good thing Robert Hickey (Deputy Director of the Protocol School of Washington) stops by to give pointers on proper forms of address.  Click here to listen. 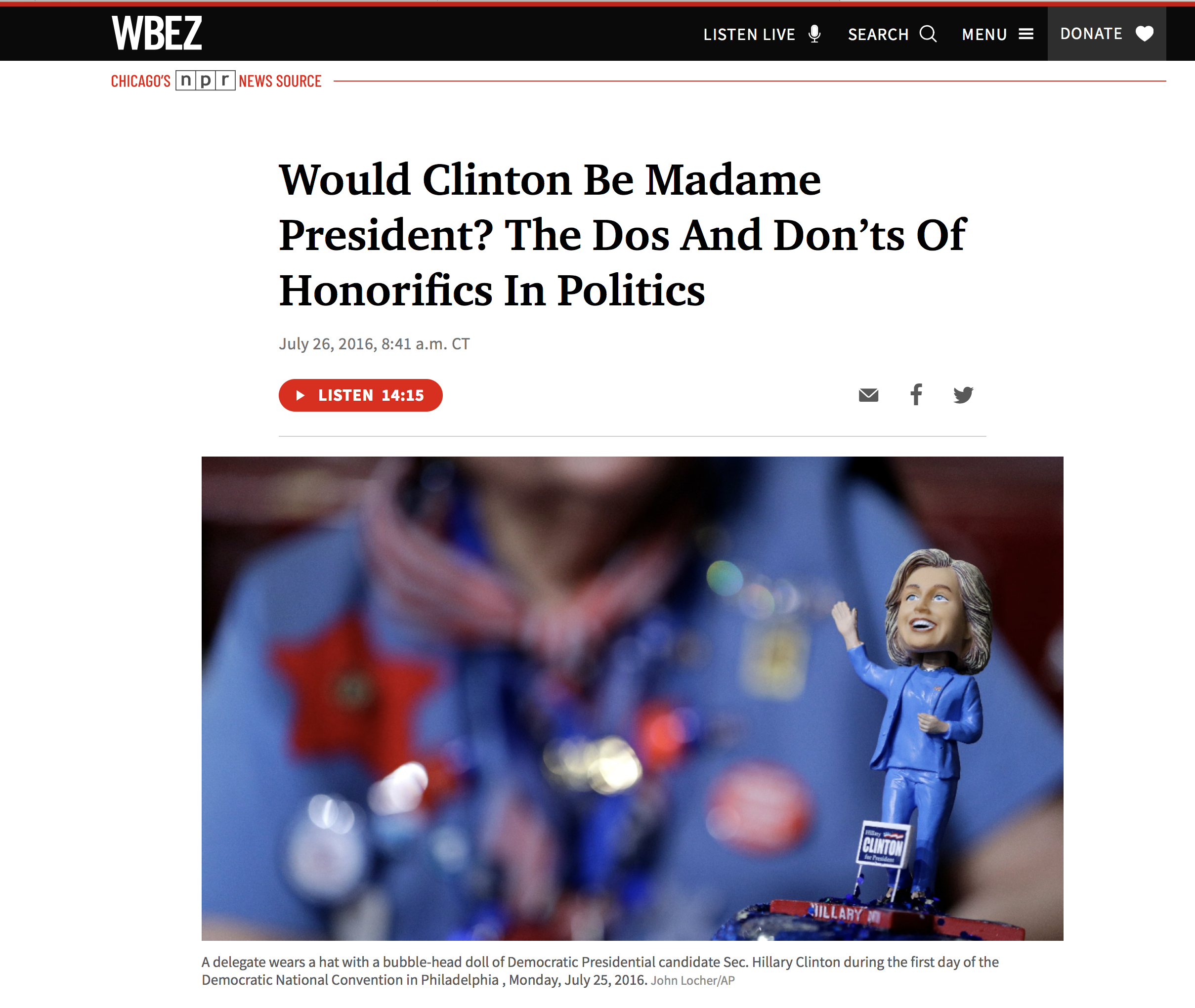 Robert Hickey on NPR-Chicago’s Morning Shift.  WBEZ 91.5.  July 26, 2016.
Would Clinton Be Madame President?
The Dos And Don’ts Of Honorifics In Politics,
Hillary Clinton is referred to as Mrs. Clinton, Madame Secretary, Former Secretary of State, Senator, Former Senator, and Former First Lady. Which is correct? Which is the most accurate? And if she wins the presidency, how should the American people refer to her and Bill?
We get answers from a man who literally wrote the book on the subject. Robert Hickey is the Deputy Director of the Protocol School of Washington and author of Honor & Respect: The Official Guide to Names, Titles, & Forms of Address.  Click here to listen.