How to Write a Name on a Tombstone
Gravemarker, Headstone, Monument

See also How to Write a Name on a Plaque, Award, Diploma or Certificate.

How to Write a Name on a Tombstone

How Do I Write a Name on a Headstone?

Two daughters of a deceased Air Force Colonel asked for my help for the wording on a gravestone. I am thinking of:
—–Col. John Patrick Delaney
—–USAF, Retired
—————– Betty

Is it O.K. to put Esq. after my father’s name on his headstone? He was very proud of being an attorney.
—————– Katie Dorset

My father was a physician. On his grave marker should I put Dr. before his name? Or M.D. after his name?
—————– Bruce

#1) Deceased persons just have their NAME on grave markers.

#2) Honorifics (Mr., Mrs., Dr., etc.), ranks (captain, major, etc.), courtesy titles (excellency. honorable or reverend), and academic and other post-nominal abbreviations (M.D., Ph.D., R.N., etc.) – which are parts of a person’s name at various times during their lives – are not included. The marker stands for their whole life: their name is the one thing they had the entire time.

I’m not saying you don’t see these honorifics and post nominals included every now and then, but it’s not traditional.

#3) When there is a desire to include ‘roles’ and ‘ranks’ held during their lives – list these after their name. Military tombstones are a good model. Military cemeteries’ stones display the decease’s NAME first. Other info, rank and branch of service, are after.  Retired is never included. It was pertinent when the person was living to note the person was not on active duty.

How to Write a Name on a Tombstone, Name on a Gravemarker, Headstone, Monument 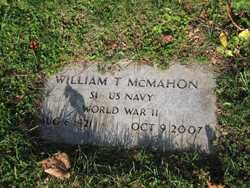 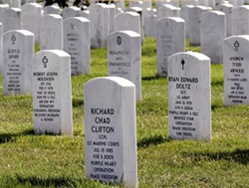 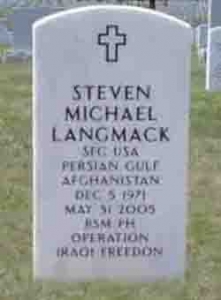 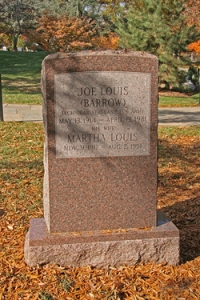 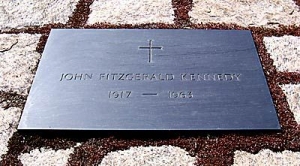 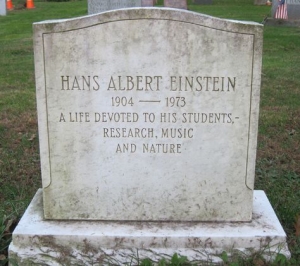 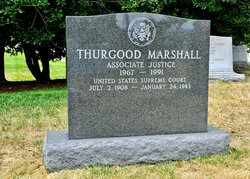 I am having a double cemetery headstone made for my parents. Our surname will be centered in large letters. Below and to the left will be my father’s first and middle name and, on the right, my mother’s first and maiden surname. My father was a ‘Jr.’

On memorials modeled after those of ancient Rome – you don’t see punctuation. {The ancients did not use periods and commas like we do today.}  On memorials imitating the classic style every word is spelled out, so there’s no need for punctuation.  If you look on the stones of presidents (Nixon, Johnson, Eisenhower, Kennedy, Roosevelt…)  everything is fully spelled out so there is no punctuation. They don’t even put a comma in a date such as “August 24 1950”.

Stones in military cemeteries (like Arlington National Cemetery) do include abbreviations but don’t use punctation. Military stones will neither include a period after “Jr”,  a period with abbreviated military ranks like “Cpt”, nor a comma in a date such as  after the ’24’ in “August 24 1950”.

But once you get away from classicizing memorials and military tombstones – and look at a wider array of stones – you do see periods and commas. On the stone of George H.W. Bush there are periods with his abbreviation for Herbert Walker. On the markers of Harry S. Truman and Ulysses S. Grant, there is a period with their middle initial – “S” – and the dates have commas.

So perhaps you don’t need punctuation at all?  It can be elegantly done with only spacing.

However, if you prefer the looks of punctuation – ultimately you are the one who cares the most the way this will look. And who says formal/classic is always the right option?

– Robert Hickey
How to Write a Name on a Tombstone, Name on a Gravemarker, Headstone, Monument 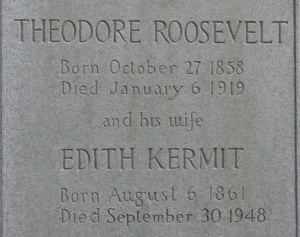 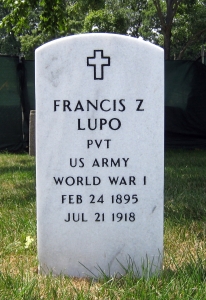 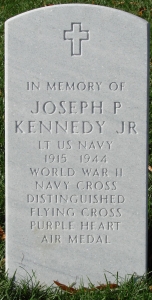 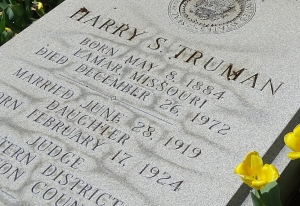 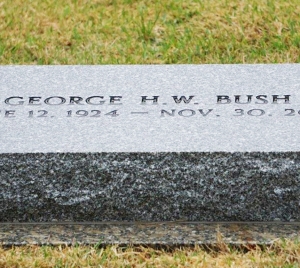 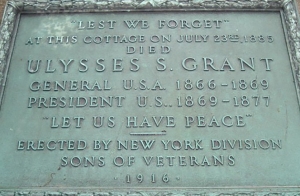 – Robert Hickey
How to Write a Name on a Tombstone, Name on a Gravemarker, Headstone, Monument

Order of Military Personnel’s Names on a Memorial

Our veterans association is placing a headstone in a cemetery for 13 armed services personnel who perished in a crash after takeoff from Wake Island in 1977.

They definitely have to be ‘in order’. The order you choose will show your view of the individuals listed.

The rules of precedence would dictate that names be listed in precedence order by rank: high to low

Sometimes they acknowledge the ‘crew’ aspect. If you look at WW1 memorials, they are often officers first – in order first by rank & then by date of rank if there is more than one with the same rank. Then a second list of enlisted personnel in order by rank.

This contrasts with what you see at the 9-11 Memorial at the Pentagon. There they were both armed services and civilian deaths in both the Pentagon and on the plane. They might have chosen to put them in order by rank, armed services personnel first, then civilians, last. This might be correct ‘by-the-book’ based on established precedence lists.

But that not what they did. They put them in order by their age the day of the crash — youngest first – oldest last. How could anyone disagree that the death young child should not be first?

Thus, the order selected sends a statement of the organizer’s view of those remembered in the memorial.

#1) Alphabetical by family name is defendable — in keeping with the idea that everyone is equal in death.

#2) Since all were armed services personnel — rank order is defendable — reflecting the hierarchy within the group.

So, I throw it back to you: Which does your committee prefer?

– Robert Hickey  How to Write a Name on a Tombstone, Name on a Gravemarker, Headstone, Monument

I recently attended a funeral for a retired Rear Admiral who was also a Navy doctor. Was it proper to refer to him on the cover of the program as:

I'll mention two directions for this.

-----#1) NAME ONLY: The deceased are normally referred to 'by name' – without rank or honorific – without academic degrees – without post-nominal abbreviations. The logic is, the event is to celebrate their whole life, during which they had many titles and many roles. The full range of ranks and roles is numerated somewhere else in the program.

-----#2) INCLUDING MORE: Since the deceased no longer have a rank in military cemeteries the rank is listed after the name – not as part of the name:

Abbreviating 'Rear Admiral' with the U.S. Navy service-specific abbreviation – RADM – is standard in a military environment. It is also less wide when space is an issue. In official forms of address, branch of service follows the name, in this case – Medical Corps, USN.

– Robert Hickey How to Write a Name on a Tombstone, Name on a Gravemarker, Headstone, Monument