The Protocol School of Washington’s

The Official Guide to Names,
Titles, and Forms of Address

“An essential purchase for all libraries”

“A must-have reference for all organizations with international affiliations”

“there is no better source than Honor & Respect”

Click to see who is already
using Honor & Respect. 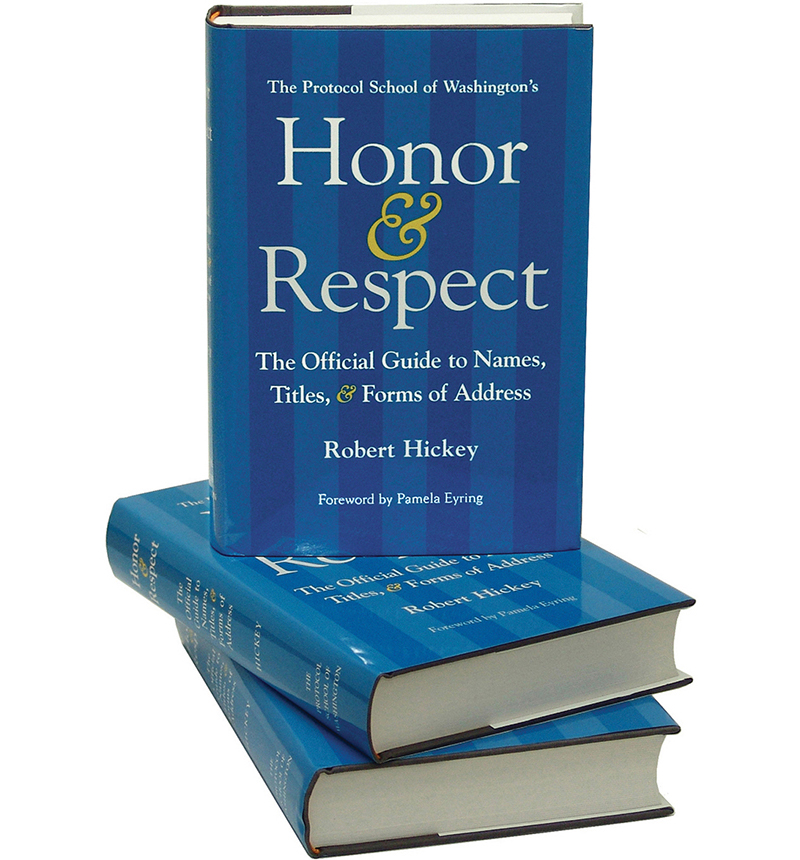 If you would like to order an autographed copy of the hardcover edition, send an e-mail to Robert Hickey.
He can inscribe a copy for you.

Click to see who is already using Honor & Respect.

Honor & Respect provides clear guidelines on how to:

“One doesn’t need to update this type of reference book often but this one is made to last and well worth the price. An essential purchase for all libraries.”

“… if you want a detailed, comprehensive, and up-to-date guide to names, titles, and forms of address—one that does not begin and end with the standard U.S. officials— there is no better source than Honor & Respect.”

“If it took him seven years to write it I think it may just take me 14 years to learn it!”

“This book is an essential to anyone who works with government or military personnel.”

“… a must-have reference for all organizations with international affiliations …”

“I recommend this book to every law firm, bank, university, and especially, government contractor, with whom I consult”

“this book can be your guide to doing it correctly” 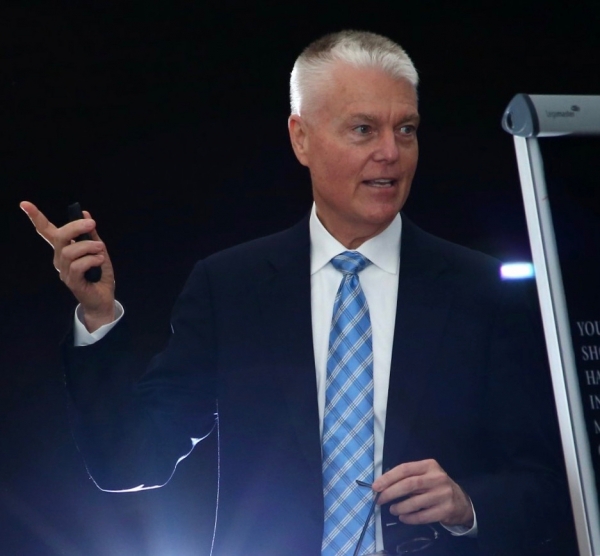 Robert Hickey, deputy director of The Protocol School of Washington®  (PSOW), has been with the School since its first training in 1988.

Mr. Hickey presents on a variety of topics including personal diplomacy, official gifts, culture and flags, but is recognized for his knowledge on the use of titles and forms of address in official situations.

With the Protocol School he has presented classes all over the USA and in Canada, Trinidad & Tobago, Germany, Turkey, Iraq, Saudi Arabia, Bahrain, Qatar, the United Arab Emirates.

He updated and revised the fourth edition of “The Blue Book of Stationery” with Pamela Eyring, published by Crane & Co., a guide to the use of stationery, invitations, and many other paper items for social and corporate correspondence and entertaining.

As part of the PSOW’s Protocol Officer Training™ – Level I Certification program, he teaches titles and forms of address and expands on the topics covered in this volume.

Mr. Hickey is a graduate of the University of Virginia. He was coordinator of publications at George Mason University, and an instructor in the Publication Specialist Program at George Washington University. He lives in New York City.