How to Address a Texas Admiral

How to Address an Admiral in the Texas Navy?

The other day I received a commission from the Governor of Texas to be an ‘Admiral in the Texas Navy’.  My question is how can I properly use this title in letters, business cards and emails?  I did read your blog for Kentucky Colonel, but the Texas certificate does not contain the word ‘honorary’ on the document.
– RS

Being a Texas Admiral is a commission you can most fully enjoy on events sponsored by or honoring the Texas Navy.

What you put on a business card should be limited to contact information and elements pertinent to the professional activities promoted by the card.  Likely being a Texas Navy admiral will be of more pertinence personally/socially than professionally/officially.

Rather than include it on your professional business card, work it into conversation… hang the certificate in your office… and when you run into another Texas Navy Admiral you will have something fun to talk about.

I contacted the Texas Navy Association and their representative Admiral Judy Fisher replied with some information on the Association. She wrote:

It is an honor of the most relevance at events hosted by the Texas Navy Association. At those events you will get an excellent seat. But don’t show up in uniform and expect to be granted equal precedence with United States Navy Admirals at Pentagon events!

Like a Kentucky Colonel, being a Texas Admiral is a rank used at events sponsored by an organization, but not used an official (government & U.S. armed service) events or other events outside of the organization.  To see more on Kentucky colonels, see Colonel, Kentucky, in the list of links at right.

My book focuses on official titles, but honorary titles are interesting too.

– Robert Hickey   How to Address a Texas Admiral

See also Kentucky Colonel.     How to Address a Texas Admiral 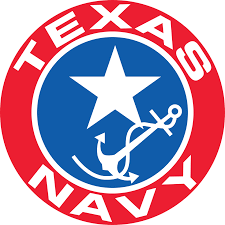